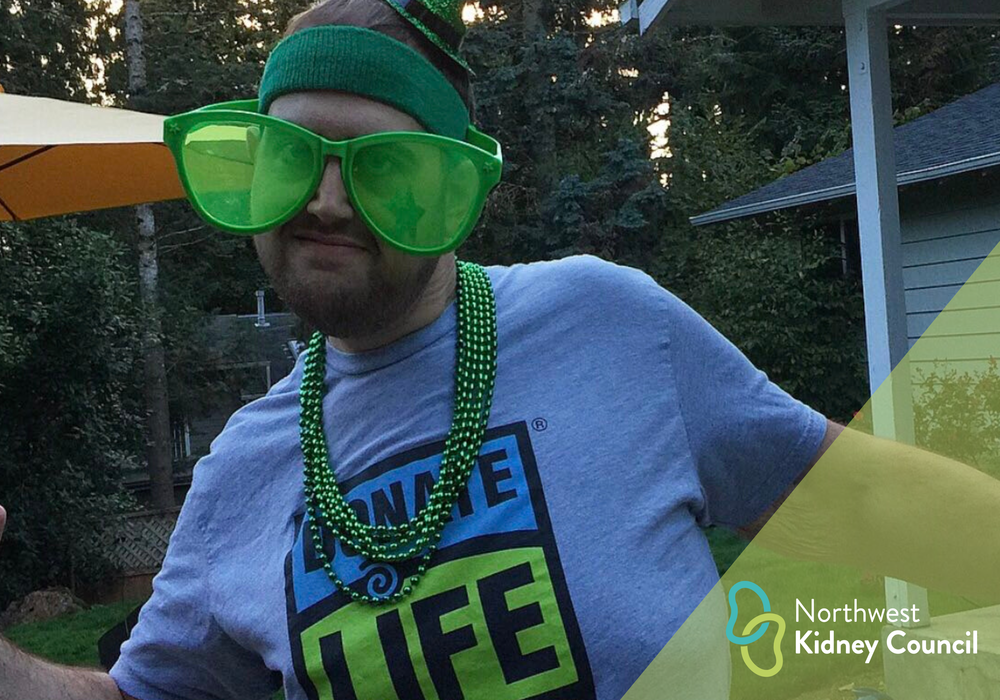 Oregon native Mike Hargett was diagnosed with hemophilia hours after his birth. Hargett’s mother watched as a team of nurses rushed to save his life when his brain began to swell. That evening, a liter of blood was drained from his small body. Hargett managed to recover and recounts that night as the beginning of his health care journey.

“I grew up living an active life, challenging the perceptions of battling a chronic condition,” explains Hargett. “During high school I was elected student body vice president, and I served as manager of the football team. These platforms allowed me to build relationships and become comfortable sharing my story and experience living with hemophilia.”

As a senior in high school, Hargett was diagnosed with dilated cardiomyopathy, a condition that  weakens the heart. He found himself battling severe depression and was unsure if he was going to survive. Put simply, Hargett needed a heart transplant and he needed one fast. Yet, there were several obstacles in his path, and his weight was at the top of the list.

“My niece was born not long after this diagnosis, and she became my ‘why’,” said Hargett. “I was determined to watch her grow up, so I began eating healthier and exercising to become eligible for a heart transplant.”

After four grueling months on the transplant list, Hargett received a new heart, becoming the first hemophilia in the United States to receive a heart transplant. Unfortunately, only a year passed with his new heart before he received news that his kidneys were failing.

Hargett began dialysis, treating in-clinic several times a week and exploring his options for a kidney transplant. A billboard, advertisements and even a sign on the back of his car indicated he was looking for a kidney donor. In 2017 on Halloween, he got a surprise: A new kidney.

This surgery made him the first hemophiliac in the world to have a double transplant. “I was overjoyed. It has given me more freedom to pursue my passions and advocacy work,” said Hargett.

Hargett’s health journey awoke a passion for cooking, and he devotes his free time to developing heart healthy recipes while teaching other patients how nutrition can help improve overall wellness. The Northwest Kidney Council looks forward to supporting Hargett as he continues to pursue advocacy and launch a nonprofit inspired by his passion for cooking.

Hargett says, “We all have to start somewhere, and it’s important to know you’re not alone. There are others, like me, who’ve walked in your shoes and are fighting for you.”